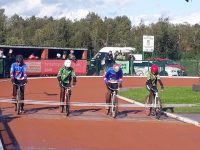 A&T opened up the racing with a 119-0 whitewash win in the Division 3 match against Glasgow Cyclones. A&T’s Charlie Burgess raced unbeaten in the u-13 match, as did Aiden Green in the u-10 match. This result clinched the Division 3 title for Astley & Tyldesley.

This was followed by a comfortable win over Glasgow in the Division 2 match, 70-47, as Team Green won six of the twelve races by a maximum score.

A&T took an emphatic 171-21 win over Fife Revolution in the Division 3 match. Brothers John and Frank White both raced unbeaten in the u-13 and u-10 matches respectively.

The main match of the day was last on the bill, with 2nd placed A&T taking on the unbeaten Division 2 league leaders Fife.

Fife twice opened up a 5 points lead early on and it wasn’t until heat 7, when the Matt Snell/ Emily Burgess pairing took the first of their three heat wins together, with a 7-3, that A&T took the lead, 34-33. Fife immediately hit back with a 7-3 to regain the lead. Another 7-3 to Snell/ Burgess in heat 9 restored A&T’s lead. A&T edged their lead to 2 points, going into the last race. Fife had the favourable inside grids for the last heat, but a terrific start from the outside grid by Snell saw him take the race win, with Burgess taking a vital third place, for A&T to seal a 60-56 victory.

Fife have finished their programme on 26 points. A&T will match that total if they win at Sheffield in their final match in two weeks time, which would necessitate a play-off on a neutral track, to determine the Division 2 title. 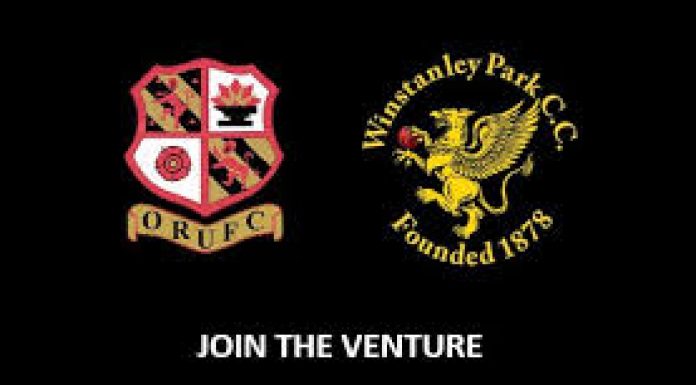 ‘What are you going as?’