Just before the birthday of Robert Burns, 25th January, the Thistle Society is frequently asked to provide an afternoon or evening entertainment. This year we agreed to give two displays.

The first one was to be at the Norley Hall Care Home where, not only residents from there, but two other Care Homes came along to be entertained.

Due to the increase in numbers the amount of room in which we had to dance was quite a bit less than expected. However, no problems, Janet introduced the society and they clapped along, enjoying the music and dancing.

Agnes Walker, in her usual style told them first that she had left her glasses at home, but one of the dancers had said that she could use hers – so without further ado she gave them several poems, one telling us about how God had planned to help us by making us more forgetful and having to retrace steps to get something, the need to go to the toilet more often and so giving us more exercise ….  at the end the verse saying;  “God looked down and said, That it was good!”.  They were all highly amused. As Agnes finished one of the ladies asked could she tell us a joke too, and she did getting a round of applause. Agnes has a store of these poems which they all really enjoyed.

Josie Bretherton sang for them too encouraging everyone to join in the chorus. Later, printed sheets were given out and all enjoyed the sing-a-long.

The afternoon finished with Auld Lang Syne. Janet and I went to have a chat with two ladies, both well in their nineties, whom we had known from the past Marjorie, from the Women’s Friendship Club and Lillian from her SCD days.  It was a lovely, happy afternoon.

On 18th January we had been invited to Mawdesley Village Hall to entertain after the Burns Night Dinner organised by the local U3A. We had a mixed programme with displays of Scottish Country and Highland Dancing; simple Scottish dancing with links to Burns; Old Time Dances; songs and recitations.

The Organisers felt their members would be happy to dance all night – we agreed we would adjust the programme as seemed to fit in best for them. The evening was lively! Eagerly they got up for the first dance and really enjoyed it.

We gave a short display which went down very well with lots of clapping to the music. As the evening wore on we alternated between entertainment and audience participation. It worked well and they enjoyed the variety of dances. All too quickly the evening drew to a close as we made two circles   for Auld Lang Syne. They hoped we might come again next year.

Volunteers needed at The Brick

Wigan Soroptimists seek a girl or young woman to be their... 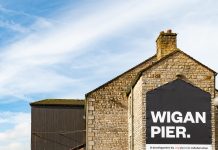 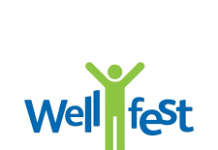 Virtual Health Festival Encourages Residents to Be Kind to Themselves This...

The Boundary Commission for England has published its initial proposals for...