Wigan borough has the best overall performance across Greater Manchester for ensuring local patients get diagnosed and start treatment for cancer as quickly as possible.

These standards are set to make sure that patients with suspected cancer get the best possible chance of being successfully treated.  Wigan Borough services have met the benchmark for all the standards last year and got all patients starting cancer within 31 days of being diagnosed. The borough’s under 75’s cancer mortality rate has also seen an improvement from sitting at 186.3 percent in 2001-2013, compared to the England average of 169.4 percent. In 2013–2015 our rate dropped to 146.2 percent, showing a sizeable decrease.

Professor Kate Ardern, Wigan Council’s director for public health, said: “it’s extremely promising to see that we are hitting the national standards for waiting times for cancer patients in Wigan Borough. “Working with all of our partners, including Wigan CCG, we want to ensure residents are getting the best treatment possible, including not having to wait for long periods of time to get an appointment.

“The borough has seen the smoking prevalence percentage decline from 22.7% in 2012, which was worse than the England average, to 17.7% in 2016. This is no longer significantly different from the England average which is really positive. Our reduction has been larger than both England and the North West which again is really positive for our residents.” “Out of our top 6 CIPFA neighbours (Tameside, Rotherham, Doncaster, St Helens, Wakefield and Bolton) Wigan, alongside St Helens, have the lowest percentage of smoking prevalence in adults.”

Dr Tim Dalton, Local GP and Chair of NHS Wigan Borough CCG, said: “It is really important that local patients get prompt access to high quality cancer treatment. Everyone in the local system from GPs to doctors and nurses at the hospital at Wrightington, Wigan and Leigh NHS FT, work hard to achieve this for patients.   “It is reassuring to see that this hard work is making a difference and our patients are getting the best care in Greater Manchester. However, we are not complacent; we want to speed up the waiting times even further and reduce these short waiting times where we can, aiming to see all patients within seven days of being referred with suspected cancer.

“We do this because starting treatment for cancer as early as possible gives patients the best possible chance of recovery. I would ask that if you spot changes to your body’s normal processes, find a lump on your body, experience unexplained bleeding or sudden, unexplained weight loss, don’t wait till you’re so ill you need A&E, instead make an appointment with your GP to get checked out.  In most cases, it won’t be cancer, but if it is you’re giving yourself the best chance of responding to treatment.”

Can you join the army of volunteers for the Rugby League...

Couple gets freedom back thanks to council housing scheme 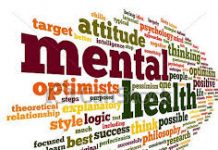