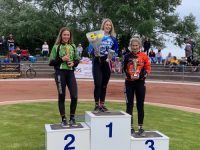 Hull took the lead with a 7-2 in heat 2, after Pawel Idziorek incurred a gate exclusion. Hull hung on to their lead and increased it to six points,
after Kyle Holland was excluded when he attempted to split the Hull pairing in heat 8. In a very tight match, with a succession of 5-5s and 6-4s either way, Hull’s lead remained at six points going into heat 15. A&T pair of Adam Phillips and Steve Harris launched an attack from outside grids, but Hull’s pair held firm and and took a 7-3 heat win and a valuable 79-69 lead. The teams cancelled each other out in the three nominated heats, for Hull to take a 94-84 win.

Former British Champions Andy Angell and Dave Hemsley were both on top form for Hull, dropping two points each. Reece Pollitt was best for A&T, dropping three points, with good support from Pawel Idziorek and Steve Harris. As hard as they tried, Team Green never managed to reduce the five points deficit incurred in heat 2, as Hull held on to their lead throughout the match.

A&T bounced back from last week’s defeat at Fife, to keep up their title challenge with an emphatic 68-52 win in the Division 2 match. Matt Snell dropped just one point, with 12 year old John White turning in an excellent display to joint top score. The presence of the young guns enabled A&T’s veteran riders to be used sparingly and effectively.

There was a good turn out of riders from both teams for the Division 3 match. A&T took a convincing 131-64 win to extend their 100% record in the division.
A&T’s Aiden Green and John White rode to 16 points maximums in the u-10s and u-13s categories respectively.

It was a great performance again by Astley & Tyldesley’s 14 year old Emily Burgess, in taking 2nd place in the Women’s Laurels event at Poole on Sunday.
Despite a bad draw, which saw her drawn outside her main rivals, Emily raced to a 19 points total, beaten only by Poole’s Macie Schmidt in heat 16. Both riders finished on 19 points, and Macie won the 1st place run-off to take the title. Third place went to Sheffield’s Laura Watson, who finished on 17 points.

A&T’s Pawel Idziorek rode to a great 3rd place in Saturday’s Elite Grand Prix Round 2 at Hull. Pawel finished on 17 points and beat home riders Andy Angell and Nathan Everett in a run-off for 3rd place. Horspath’s Lukasz Nowacki won the meeting with a 20 points maximum, one point ahead of Birmingham’s Chris Timms.

Stockport hosted Round 2 of the Manchester League series on Wednesday evening.

In the Division 2 match, defending champions Astley & Tyldesley made it two wins out of two in the series, with a convincing win. A&T’s Aiden Green, Tom Morrissey and Emily Burgess all raced to maximum scores in their respective events.

Defending champions Stockport took the team win in the Division 1 match, to move up to joint 1st with Astley & Tyldesley in the table. Stockport’s
Jake Read raced to a maximum, beating A&T’s Reece Pollitt in heat 8, for his only defeat of the evening. 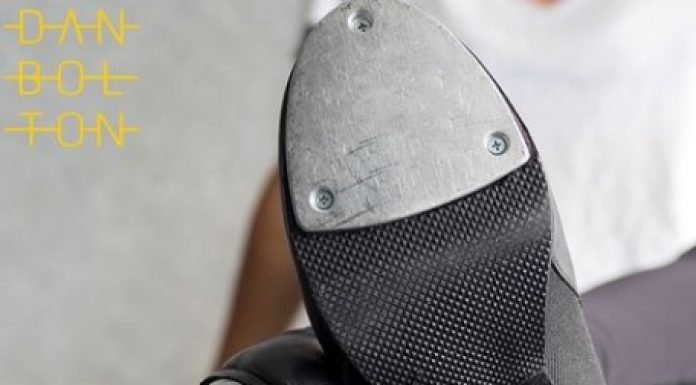 Do you tap dance?

Coronavirus: Do you rent your home?