A Wigan soldier awarded the Victoria Cross after rescuing a wounded colleague under hail of enemy fire will receive a third commemoration in his honour.

Lance Corporal Thomas Woodcock, originally from Scholes was awarded the highest military medal just over 100 years ago after demonstrating extreme bravery in World War One.

To recognise his sacrifice, Wigan Council will install a third commemoration outside Woodock House in Scholes, which was also named after the soldier.

A new flagstone with a standing platform, complete with re-planted poppy seeds and lighting will sit outside the high-rise, near to the glass mosaic sculpture already in situ, which was created in his name by school children at St. Patrick’s Catholic Primary in 2017.

The work comes following feedback that the existing flagstone, which can be found on Woodcock Walk (a footpath accessible via steps) cannot be easily accessed by those with mobility issues.

As a result, the council has agreed to install another flagstone at a different location and will keep a book of remembrance at Wigan Life Centre for visitors and residents to sign in Lance Corporal Woodcock’s honour.

Leader of the council and Ince ward councillor, David Molyneux said: “Remembering the courage and bravery of the fallen and ensuring that everybody has access to commemorative sites is extremely important.

“As a council, we’re proud of all of those who have served and continue to serve our country in the armed forces. The exceptional gallantry of Thomas Woodcock is one that deserves significant recognition. We have engaged with the community about this and a mutual decision was made to install a third commemoration outside Woodcock House.”

As part of the World War One centenary commemorations between 2014 and 2018, Wigan Council pledged to name streets after soldiers from Wigan Borough who were awarded the prestigious Victoria Cross.

Last year, 100 years after Lance Corporal Woodcock was awarded the medal, the local authority held a ceremony on the footpath in front of 166-174 Hardybutts where Woodcock Walk and the commemorative flagstone were officially unveiled by his family.

Coun. Molyneux continued: “There were four soldiers in World War One and one soldier in World War Two in Wigan Borough who have been awarded the Victoria Cross. It is only right their sacrifices are acknowledged and honoured in this way.”

It is hoped the new commemorative flagstone will be installed by the end of the year. 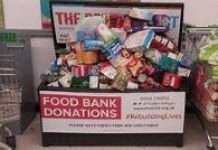 Wigan Rotary continue to support the needy in Wigan 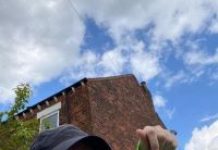 Supporting the Young Carers of Wigan and Leigh 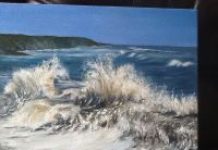 Working together to tackle homelessness