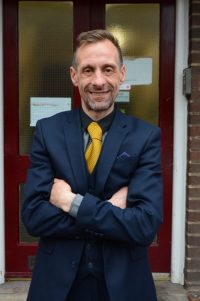 Wigan Council has won the Digital Leaders 100 award in the ‘Digital Skills or Inclusion Initiative of the Year’ category thanks to their hard-work rolling out the Duke of York’s iDEA initiative.

The Inspiring Digital Enterprise Award (iDEA) is a nationally recognised scheme giving learners of all ages the opportunity to broaden their digital knowledge and develop their skills using interactive learning modules that represent different ‘badges’.

In 2017, Wigan Council was chosen to be the pioneer for iDEA and since then, more than 1,000 learners have completed more than 13,500 badges, resulting in almost 300 people completing their bronze award.

One person who has benefitted from the iDEA scheme is Jason.

Jason, 47, lived in his bedroom at his mother’s house for eight years as he saw his addiction to gaming take over his life.

At his lowest point Jason was spending up to 18 hours every day gaming and sleeping for the rest of the day.

Almost a decade of living as a recluse made him feel anxious and inevitably he stopped interacting with his family and friends.

With the help of the Jobcentre Plus Jason was referred to Ben at Joining Communities who worked with him to put together a plan going forward. Not only did Jason engage in every way possible he started to blossom into the bright and talented man he once was.

Now, Jason has turned his life around and continues to challenge himself. Jason has achieved a Level 3 Award in Education and Training, Level 2 Maths Functional Skills, and is currently running his own programme at Joining Communities called My Tech & Me- this programme helps learners to gain access to local services using digital devices.

Jason said: “iDEA is a fantastic tool to help introduce people of all ages to digital technology”.

Joining Communities which has received funding from The Deal for Communities Investment Fund has supported Jason in a number of different ways, including his iDEA award.

Councillor Nazia Rehman cabinet member for resources, finance and transformation at Wigan Council said: “Jason is a great example of how digital can have a hugely positive impact on a person’s life and open doors to opportunities they may never have had without the iDEA scheme.

“Wigan is the first authority in the country to actively roll out iDEA to all of its residents, young people and staff with a clear plan of action.  A ‘Wigan badge’ has even been developed, allowing us to track residents taking part.”

Through The Deal, Wigan Council is committed to helping residents get online and feel comfortable using digital resources. The local authority has been an advocate for digital upskilling since publishing their digital strategy in 2015.

According to Tech Partnership and Lloyds Banking Group, digital exclusion in Wigan has reduced from medium in 2015 to low in 2017 and is much lower than most adjoining boroughs.

Most recently, the town hall has been given a four star SOCITM rating for the third year running, which places the council’s website in the top ten per cent nationally of all local authority websites.

Learners can reach their iDEA silver award this year and will be able to work for their gold in 2019.

Residents of all ages can sign up to iDEA to learn new skills for free. For more information, please visit www.wigan.gov.uk/idea. 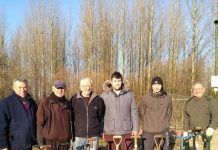 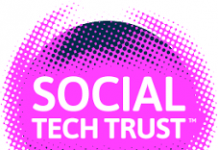 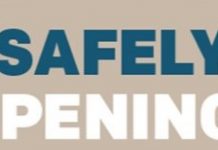