Wigan Council as one of the nine UEFA Women’s EURO 2022 host cities is taking part in a National Lottery funded project to uncover the hidden history of women’s football in a summer of celebration of the game, its players and communities.

In partnership with The FA, Wigan Council has joined a number of other organisations across England for the project which has been awarded £500,000 by The National Lottery Heritage Fund.

It’s an important year for women’s football, as England hosts the UEFA Women’s EURO and the Lionesses mark their 50th anniversary.

However, the history of the game goes back a lot further than many might think. This year also marks 141 years since women’s football was first played professionally.

The National Lottery funded project aims to challenge the common perception of women’s football being ‘new’ and change the nation’s understanding of ‘the English game’. In addition to the National Lottery funding, The FA and host cities have contributed nearly £600,000 to the project, making a total of £1,060,580.

For the very first time, information about every England player, captain, goal scorer and match score since 1972 will be researched, recorded and shared alongside the information that already exists about men’s football. Hosted on England Football’s website the record will continue to be updated, ensuring future female players are part of the nation’s footballing story. The project will particularly explore the role of the LGBTQ+ community.

Wigan Council is one of nine UEFA Women’s EURO 2022 host cities, taking part in a fantastic range of community events and celebrations this summer.

The borough’s heritage programme will focus on the South Lancashire Tramways Ladies 1915 season.

It will celebrate the world’s first women’s football club to receive company sponsorship by reliving their opening season matches with publicly sited outdoor football tables with the playing figures modified to depict the players of the 1915 team and their opponents.

Each table will house a QR code that will provide table-players with further information about the 1915 team with the opportunity to access oral histories, recorded by trained volunteers, from relatives of the original team and from current women’s team players, captured in the lead up to the finals.

To support this project, there will be a window exhibition on local women’s football in the newly opened Archives in Leigh Town Hall and contemporary collecting events in Fan Zones on match days.

Linked to the heritage programme, the authority has also commissioned We Are Willow on a project named ‘Around the Match’ which will include an oral history project, documentary and memorabilia that offers fresh insight into the women of football in and around the match.

Councillor David Molyneux, Leader of Wigan Council, said: “We’re thrilled to welcome the tournament to the borough later this year and to create a long-lasting legacy which inspires our young women and girls, through both sport and culture.

“Our heritage programme celebrates the world’s first women’s football club to receive company sponsorship, the South Lancashire Tramways Ladies, and in particular their 1915 season. We’re incredibly excited to be retelling their story and to be working with family members to capture and share this fantastic piece of history.”

Professor Jean Williams, who will be leading the historical research to support the programme, said: ‘This National Lottery funded programme is of enormous significance as the first nationally coordinated project of its kind to, firstly collect the history of women’s football in England, and secondly to share that unique heritage with the widest possible public audience. We are finding new artefacts and stories all the time, and are excited to share how women, and girls have historically pioneered football.”

Eilish McGuinness, CEO of The National Lottery Heritage Fund, said: “Thanks to money raised by National Lottery players, the hidden history and unheard voices of women’s football will be shared for the first time, capturing the full story of the beloved sport. We’re delighted to support this project which will give fans and players the chance to celebrate the history of women’s football and communities to discover their connections to the game.”

Baroness Sue Campbell, UEFA Women’s EURO 2022 Board Member and Director of Women’s Football, The FA, said “We are thrilled to be working with our UEFA Women’s EURO Host City partners and The National Lottery Heritage Fund on this unique project. Together we will bring to the fore incredible stories of the pioneers of women’s football who have helped shape the women’s game we have today. The programme will also capture and tell, for generations to come, the profiles and stories of current and future England players, ensuring fans are better informed than ever before. With the UEFA Women’s EURO coming to England this summer, this really is the time to celebrate our past and look forward to a very exciting future.”

For more information and to be part of the Around the Match local project visit www.aroundthematch.com 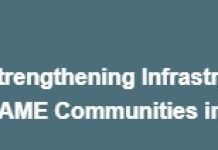 Welcome to your weekly email newsletter from Wigan Council 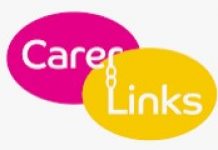 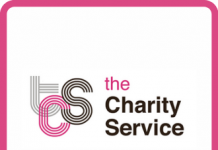