It’s been a record-breaking year for green-fingered volunteers across Wigan Borough after they left the regional In Bloom awards with plenty of adulation.

In total, 30 entrants bagged 39 awards after judges lauded a host of green spaces.

The overall Wigan Borough in Bloom submission won the Silver Gilt award and scooped Best in Category for Large City in the North West in Bloom awards last week.

The borough’s parks were recognised too by judges with Jubilee Park and Shevington Memorial Parks both awarded Gold and a National Distinction for Parks, while Pennington Hall Park received the Silver Gilt and the RHS Parks and Green Spaces Award.

Local In Bloom groups had their own success with the Friends of Orrell Railway Station a standout entrant in their first year of participation after receiving the Level 5 Outstanding award and also the Best Railway Station.

Meanwhile, despite facing incredibly tough competition from the likes of the Trafford Centre, Haigh Woodland Park managed to pick up the Silver Gilt in the Large Tourist Attraction category.

Councillor Chris Ready, Wigan Council’s executive member for communities, said: “I want to thank all the volunteers for the tireless work they have put in again this year to make sure our borough remains such an attractive place to live.

“We are extremely fortunate to have so many excellent volunteers who take pride in the appearance of our green spaces.

“These groups are crucial to having neighbourhoods of which we can be proud and help make our borough such an attractive place to live.

“The In Bloom success also sums up exactly what the aims of The Deal are – with residents taking pride and responsibility for their local area and volunteering to make their communities great places to live.”

Lord Peter Smith – from Leigh to the House of Lords

Join our Love Where You Live Challenge 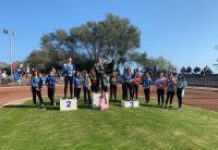 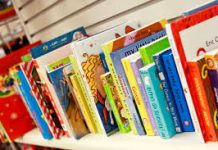 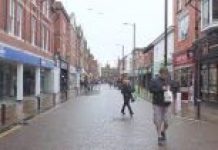 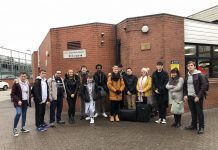 Thousands of young people have their say in Wigan and Leigh