Almost £3,000 has been raised by Leigh Market for Prostate Cancer UK over the last year.

Since May 2018, traders in Leigh Market have hosted book sales, tombola’s and raffles and, now their year of fundraising has come to an end, an impressive £2,826 has been totalled and will be handed over to a national prostate cancer research charity.

She said: “I’m really thankful to the other stalls in the market who have come together to make the fundraising successful. Leigh Market really is like a family and we do what we can to help each other. You don’t get that kind of relationship elsewhere.

“We also would like to thank the customers of Leigh Market because they’re so generous and supportive. We wouldn’t be able to raise as much as we do without them!”

Over the last nine years, Leigh Market has raised around £30,000 for charities ranging from Macmillan to Wigan and Leigh Hospice and for 2019, they have chosen the North West Ambulance service to benefit from their efforts.

Kathryn continued: “You never know when you’re going to need medical support. Most of the work the North West Ambulance Service do is delivered by volunteers, so they rely on donations to keep going.

“We really enjoy doing our bit and coming up with new ideas on how to raise money. It’s a community effort and we look forward to the different events that will take place over the next year.

Christine Symons, who works on the card stall, E&J Cards, in the market knows first-hand how the North West Ambulance Service can make a difference to people’s lives.

She said: “Twelve months ago, my grandson had an accident in an outdoor play area and it was a real possibility that he would lose his arm. He needed emergency help and thanks to their quick and professional response, my grandson was able to keep his arm and now he is growing into a healthy and fit boy.”

Leader of the council, Councillor David Molyneux said: “The effort that Leigh Market’s stall holders go to in order to raise money for charity is admirable.

“They are extremely proud of the close-knit community they are a part of and that shows when they come together in this way to help other people.

“By having charity boxes at their tills and putting on simple activities day-to-day really can make a difference.

“I’d like to say a big well done to Kathryn and the others at Leigh Market for all their hard work and we support their efforts moving forward to raise even more money.”

Leigh Market is conveniently placed in between Bradshawgate and Spinning Gate Shopping Centre and is the beating heart of the town centre with a range of produce suitable across all ages and needs.

They pride themselves on going the extra mile for their customers and providing friendly service with high-quality produce.

Walk For a World Without Dementia 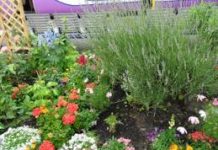 Sow the seeds to make your garden a bloomin’ good one 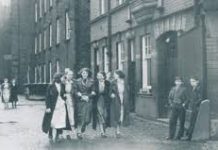