Plans for a major logistics hub in Wigan have been given the green light after councillors agreed it will provide a boost to the local economy.

Tritax Symmetry had its planning application for 133,871sq m of warehouse space approved by Wigan Council’s planning committee this afternoon.

The proposed development site – adjacent to the M6 motorway between Winstanley and Bryn – is predicted to create around 1,600 jobs and will give local businesses the opportunity to provide their services.

The bid sought full planning consent for an initial 27,871 sq m of employment floor space and outline consent for the wider site, which could see a further 106,000 sq m developed.

Designs for the wider site would be subject to further planning applications.

Leader of Wigan Council, Coun David Molyneux said: “This is a major opportunity for our borough in terms of economic development and providing employment opportunities.

“Local people and key organisations with a significant interest in this development have been consulted and their feedback was carefully considered by committee in line with local and national planning policy.”

The application includes modifications to the A49 roundabout, an internal estate road and woodland planting.

The 54 hectare site is a proposed employment area earmarked as part of drafts of the Greater Manchester Spatial Framework (GMSF) development plan.

Because of its location within the green belt, the committee’s decision will now be referred to the Secretary of State who will have the final say.

Coun Molyneux added: “We appreciate concerns raised around the impact on the borough’s green belt, but it is important to reiterate that this is low-grade agricultural land due to the site being a former colliery.

“There are no other sites in Wigan Borough that could accommodate this development and committee expressed a strong view that the benefits will outweigh the impacts.

“There are a number of suggested conditions attached to this application, including requirements to improve nearby habitats, environmental measures to make the buildings more energy efficient and the creation of a training and employment plan so local suppliers, contractors and people can be employed as part of the development.”

The large-scale project aligns with the council’s priorities in the Deal 2030 – a new long-term strategy that also has a focus on creating a prosperous economic future to benefit everybody who lives and works in the borough.

Andrew Dickman, managing director of Tritax Symmetry, formerly db Symmetry, said: “Over the last 18 months we have consulted with the local community and have welcomed their feedback.  We have been careful to set the boundary of our development away from residential areas in Winstanley by leaving a substantial green landscaped buffer to the north of the site.

“We have also looked closely at the impact on traffic and how this will be managed.

“Logistics is an increasingly important sector for the North and this site is in an excellent location with direct access to the M6, meaning vehicles can avoid residential areas.”

Subject to final agreement by the Secretary of State, construction could start later in 2020.

Do you need a Speaker for your meeting?

Bowled Over By Choice 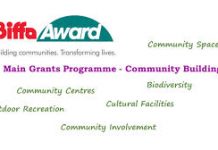 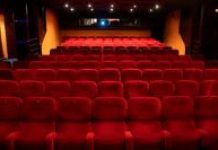