A nine-year-old schoolboy has been recognised by Wigan Council after going out his way to scour the streets for any rubbish he spots. Alfie Lythgoe, of Beech Hill, has proved to be an eco-warrior after clearing anything from plastic bottles and crisp packets dropped by residents.

It all started from an early age when eagle-eyed Alfie would collect any dirty debris near the canal while walking the dog with his mum. Even while playing out with his friends, the St Andrew’s Church of England pupil comes back home armed with waste for the bins.

After being made aware of the shining example he was setting for others, council bosses invited the star litter picker for a guided tour of Kirkless Recycling Centre in Ince.

Alfie’s mum, Caroline, says his rubbish removal actions have come naturally and something he will continue to do free from instruction.

Caroline added: “This is not something I have forced on him or persuaded him he should be doing, he has seen the rubbish himself and wanted to make a difference.Once he comes back from a walk with the dog or playing outside with his friends, he even then separates it all so the items go in the correct bin.

“I am extremely proud of him and cannot put it into words how much, it’s fantastic that his efforts have been recognised by the council.”

During the tour, the litter picking champion got to see how the recycling plant works and where some of the rubbish he collects and ends up. Caroline says this was a great treat for Alfie who is fascinated with how things are made and spends hours on YouTube watching various videos on machinery and science

For further information on what can and can’t go in each bin or if you want to start more information for recycling, then visit: www.wigan.gov.uk/recycling

IT’S TIME TO TAKE ACTION TO PROTECT OUR PARKS 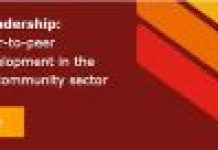 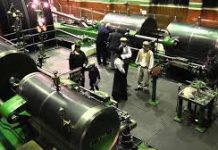 No Going Back Report