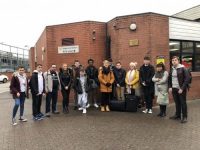 Over 17,000 11-17 year olds from Wigan and Leigh have had their say in a national ballot designed to determine what the biggest concerns are for young people.

The Make Your Mark ballot is coordinated nationally by the UK Youth Parliament and facilitated locally by Wigan Council and young people from Wigan and Leigh Youth Cabinet.

17,191 young people in Wigan and Leigh voted, placing Wigan Borough 10th across the UK for votes generated (12th based on youth population) and equating to a 57% turnout of young people in the borough.

Anthony Pasquile, 15, from Leigh, is a member of Wigan and Leigh Youth Cabinet. He says,

‘Promoting Make Your Mark in schools was hard work. It wasn’t easy to stand in front of 800 students in a full school assembly and ask people to vote. So the results feel like a big accomplishment.’

The top three issues voted for in Wigan and Leigh, were:

On Friday 16th November, young people from high schools across the borough have been invited to discuss mental health as part of a debate event to mark UK Parliament Week locally.

‘I think mental health came out as the issue with the most votes because it’s something everyone can relate to. Young people from Wigan and Leigh Youth Cabinet chose mental health as the subject for the debate after we saw the results from the Make Your Mark ballot. Yvonne Fovargue, MP, and other decision makers will attend to listen to the young people’s ideas.’

Representatives from the group will attend the young people’s debate on 16th November.

‘It’s not a surprise to us that so many young people have voted for mental health as the issue they’re most concerned about. We understand how important it is and are keen to offer the best services and support possible for young people in Wigan Borough. We want to improve services in partnership with young people to make sure that the services we develop are the ones that will make the most difference to them.’

‘It’s fantastic that so many local young people took the trouble to vote in this ballot. I’d also like to say thank you to all of the local high schools who worked in partnership with us to support this work. We’re committed to listening to our young people and I’m looking forward to working with them to further improve our mental health services and the support available for them.’

The Future of Lived Experience 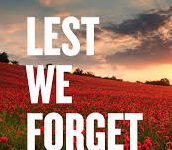 Remembering the fallen this Remembrance Sunday 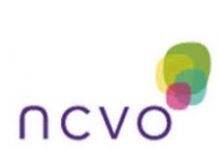