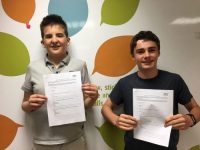 Wigan Council will commit at least £90K towards young people’s facilities in Leigh.

The council has pledged £5m to improve the town as part of the #BelieveInLeigh fund and earlier this year ran a residents’ survey to help prioritise how the money should be spent. More than 600 residents responded and results highlighted that having, ‘affordable facilities for young people’ was one of the top priorities for improving the Leigh area.

The Believe in Leigh board is led by Lord Peter Smith. He says,

‘The residents’ survey resulted in a number of clear priorities including town centre regeneration, investment in Pennington Flash, addressing crime and anti-social behaviour and offering more for young people to do. We’re listening to those concerns and are now allocating funding and putting plans in place.’

Following the residents’ survey, young people in Leigh were invited to give more detail on what sort of facility they would be most likely to use. There was an interest in having both planned activities, such as sports and music, and a safe space where young people can meet, relax and have fun with their friends.

Young people 11-16 can access the facilities in the Adventure Zone, play table tennis, computer games and relax in the chill out space, for just 50p between 6-9pm on Thursdays and play football on the 3G football pitches from 5pm. There are also now activities for all the family on Friday evenings, 6-8pm, and on Thursdays a new quieter session for smaller groups, designed to support young people with disabilities who may be affected by noise, has just been introduced, 5-7pm. A £1 menu is also now available and busses run from Westleigh, Shakerley and Higher Folds to help young people get there.

Leigh town centre has been identified as the most likely spot for the development of a safe meeting space for young people.

Viera Gaborova, 15, lives in Leigh and took part in the consultation. She says,

‘This funding is good because it will bring new opportunities for young people. It’s the little things that bring happiness; we don’t want expensive stuff, just a safe and suitable space where we can meet together. We’re a new generation, the future of Leigh and we want places where we can meet friends and make new friends in our community.’

Young people aged 11-18 who are interested in having their say and helping to shape future facilities in the Leigh area, are invited to join Leigh Youth Voice. The group meets every Wednesday from 4pm. For more details, email Wigan Council’s targeted youth support services on [email protected]

Have your say on major junction improvements 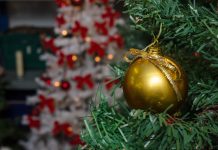 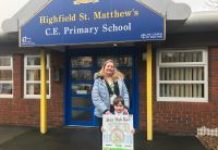 Door Knocker in Groundwork High Viz – It isn’t us!!