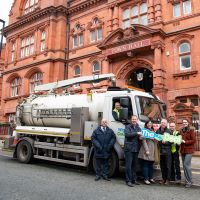 More than £1m will be spent on repairing hundreds of highway gullies across the borough after Wigan Council’s highway teams successfully won a bid for funding.

Road users in the borough will be able to take advantage of smoother and more uninterrupted journeys with repairs taking place over the next 12 months.

After being heavily damaged by Storm Eva in 2015, highways teams will be able to make repairs to 273 gullies and three highway culverts.

Unprecedented weather five years ago saw more than a month’s rainfall fall in the space of 24 hours on Boxing Day in 2015 – with the damage to the borough’s highway infrastructure spiralling over the £2m mark.

With the council already investing over £1.5m into its highway drainage infrastructure since Storm Eva, a further £883,000 has been awarded from the Department for Transport’s Local Highways Maintenance Challenge Fund with the council contributing an extra £225,000.

Council Paul Prescott, cabinet member for environment, said: “Securing this money is testament to the hard work of the teams and shows what can be achieved by using a range of local intelligence and expertise.

“The investment will go a long way to making the borough more resilient for years to come and put us in a much stronger position to cope with extreme weather conditions.

“We know from the feedback of our residents how important a reliable road network is to them so this money will allow us to repair and maintain the road network to an even higher standard.”

The investment will also see the installation of remote sensor technology and real time weather data to identify and monitor problem gullies to create a targeted cleaning programme in advance of severe rainfall weather events.

Wigan is one of 32 local authorities to be successful in stating the case for funding which falls outside of the annual maintenance funding grants.

The project will sit alongside improvements to the public transport network in order to help tackle congestion and reduce the impact of transport on the climate.

The size of the highways task in the borough cannot be underestimated with a network of 1,160km which has a total value of £1.6bn. The authority also manages 2,000km of footway, 58,000 drainage gullies and 36,000 streetlights.

In 2019, the Leader of Wigan Council David Molyneux announced an additional £3.3m of council funding would be pumped into repairing the roads, topping up the £5.1m received in capital funding.

The latest award of capital investment tops off a stellar 12 months for the council’s highway maintenance services after being named the best in the UK by a body that recognises public sector excellence.

The local authority fought off tough competition to be named winner of best service team in the Highways, Winter Maintenance and Street Lighting category at the 2019 APSE Awards.

Significant investment and a preventive maintenance approach has helped place Wigan in a strong position when it comes to the condition of our region’s roads.

Figures published by the DfT show that only three per cent of A roads and two per cent of B and C roads in Wigan borough are in need of repair.

Typically, Wigan Council spends around £1m carrying out 10,500 minor repairs to the borough’s carriageways and footways, each year. 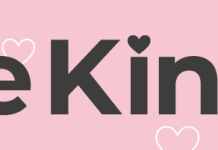 Support to local people with a health condition, who are recently unemployed (up to 6 months), furloughed or off work sick

Events and training at Wigan and Leigh Carers Centre 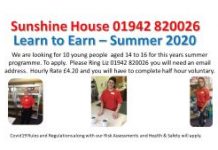 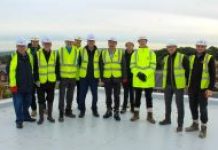 NHS services over the festive period….