A replica of a symbolic Chinese terracotta warrior has been gifted to Wigan Borough.

The re-creation of the ancient Chinese treasure has been given to Wigan Council’s leader as a thank you for supporting the 10 year anniversary celebrations of Wigan’s Confucius Classroom.

The classroom, based at Wigan and Leigh College, offers a range of Chinese classes and learning.

A series of events have been held in Wigan town centre since January to mark Chinese New Year and the classroom’s 10th anniversary.

As a thank you to Wigan Council, the President of the school, Mr Guoping Wang, has gifted the leader of the council a copy of a terracotta warrior.

It has been sent as a ‘diplomatic messenger’ who wishes to build a friendship between China and Wigan Council.

Councillor David Molyneux has welcomed the warrior which is planned for public display.

He said: “We are absolutely delighted to welcome the warrior to Wigan Borough and are very grateful to Mr Wang and our friends at the Confucius Classroom.

“It has been fantastic to celebrate the Confucius Classroom and to see it flourish over the last 10 years, bringing learning and enjoyment to residents.

“We can’t wait to see the warrior on display and are honoured to share it with our residents.”

President Guoping Wang from Xi’an Bo-Ai International School said: “I appreciate the great support to the Confucius Classroom from Wigan Council in the past 10 years, especially from Councillor David Molyneux.

“He attended the opening ceremony of the Confucius Classroom and has witnessed the growth of the Classroom.

“By sending this Terracotta Warrior General from China it will contribute to the friendship between China and Wigan Council in the future. It can also bring a different cultural experience to local residents.”

The ancient terracotta warriors are known as “The Eighth Wonder of the World” and are a symbol of Xi’an city.

For 2,000 years an army of them famously guarded the tomb of China’s first emperor Qin Shi Huang.

Chinese workers digging a well in 1974 discovered thousands of life-size terracotta figures of an army prepared for battle.

Now called the terracotta army or terracotta warriors, the figures are located in three pits near the city of Xi’an in China’s Shaanxi province.

After the warriors were discovered, the site became a museum and a UNESCO World Heritage Site in 1987.

The three pits (a fourth pit was unfinished) contain an estimated 8,000 life-size terracotta figures of which about 2,000 have been excavated. The figures were created to serve the emperor in the afterlife and include a mix of chariots, cavalry, armoured soldiers and archers.

The Terracotta Warriors and Horses of the First Qin Emperor have always had the saying of “Thousands of Thousand Faces”. On close inspection each terracotta warrior looks different.

For more information about the Confucius Classroom visit
www.wigan-leigh.ac.uk/about/confucius-classroom

News and Events in Atherton

Have you voted yet?

Can you support local Vetrans by writing a letter with the... 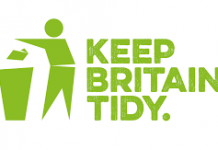 HELP US GO THE EXTRA MILE