During its 70th Anniversary Year, Soroptimist International of Wigan discussed commemorating this milestone with an ongoing project.  The idea of making an annual award to a local young woman who set a good example to our community was suggested.  The notion of a ‘young achiever award’ emerged and the scheme was launched in 2012.  Mrs Wendy Stuart, an active member of the Club at that time, sponsored the first 5 years of the scheme.

We have always taken a broad view of achievement to encompass service to the community, acts of bravery, overcoming life’s difficulties,  young carer, business  skills, or outstanding performance at school/college, or in sport,  entertainment etc.

Anyone can make a nomination. The age range for nominees is 14–21 years and they must come from the catchment area of our Club, which is essentially the Wigan Borough excluding the Leigh, Tyldesley  and Atherton districts. The nomination form can be obtained on request from [email protected] or from any member of SI Wigan and it will be available on our Club’s website   http://sigbi.org/wigan.

Forms, when completed and signed, should be returned by post to:

or sent to [email protected]

The deadline for applications is Monday  28st October 2019

The winner will have her name engraved on a trophy.  She will receive an engraved miniature trophy together with a gift card valued at £100.00.  The award is planned to be presented by the Mayor of Wigan in the Mayor’s Parlour in early December 2019

Over the years the award has given us the opportunity to celebrate the achievements of an impressive group of young women.  Last year the award went to Beatrice, whose resilience as she triumphed over the adversity of a congenital health problem was inspirational.  Despite being one of our youngest winners to date – she was only 14 years old – her engaging personality and sunny disposition made her an exemplary role model for her peers .  We were delighted to add her name to the trophy.

Previous winners and Runners up

2017 – Olivia – (Service to the Community) She had worked with vulnerable individuals and families .

Olivia – (runner up) (Service to the Community/ Success in Entertainment) She had raised thousands of pounds for local charities by using her considerable vocal talent.

2016 -Jen – (Sporting Prowess) She was a footballer, training to be a football referee and encouraging more girls to play the game and adopt a healthy  lifestyle.

Emma (runner up) (Academic Attainment ) She had an impressive academic record.

2015 –  Jessica – (Triumph over Adversity) She overcame problems from childhood onwards to enable her take a course in animal care which has given her the choice of taking her studies further or becoming an apprentice veterinary nurse.

2014- Georgina -(Triumph over Adversity) she  coped with the death of a parent and a personal health scare but still attained exceptional exam. results which have led to her being offered university placements to study medicine.

2013 – Jenny – (Academic attainment ).  Her excellent exam results  were the best ever achieved by a pupil at her school,

2012- Hannah – Service to the Community) She  worked with a local charity. 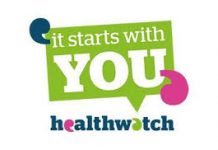 How to Get Involved With Our Work on Hospital Discharge 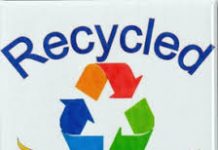 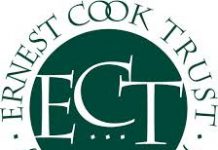 EXPRESSIONS OF INTEREST – PATIENT AND CARER GROUP FOR CARDIOLOGY SERVICES